Our Churches will be open for Private Prayer until further notice 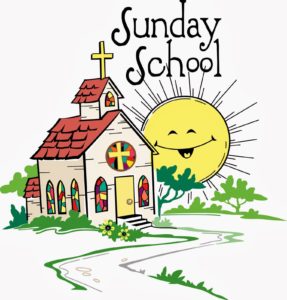 Jesus Appears to the Disciples.

Sometimes we must see something before we believe it, don’t we?

Today’s gospel begins after two men had travelled on a long road, to a town called Emmaus. They talked about Jesus’ death and all that had happened. As they walked, they were joined by a man. They didn’t realize it at first, but it was Jesus! After Jesus revealed himself to them, they went straight back to Jerusalem and told Jesus’ disciples.

As they told the disciples they’d seen Jesus, He suddenly appeared among them! He said to them, “Peace be with you.” Knowing He’d died, they thought He was a ghost! The Bible says that they were terrified and filled with fear. (Have kids make their most terrified faces.)

So Jesus asked them, “Why are you troubled, and why do doubts arise in your hearts? Look at my hands. Look at my feet. (Hold out your hands and feet like Jesus did). You can see that it’s really me. Touch me and make sure that I am not a ghost, because ghosts don’t have bodies, as you see that I do.”

Still the disciples weren’t sure what to think, so Jesus asked them for something to eat. As He ate some fish, they watched. And it showed them He wasn’t a ghost because a ghost doesn’t need food.

The disciples realized Jesus had come back to life, and they spent the next month or so with Him. After Jesus returned back to heaven, those same disciples went all over the world, telling about Jesus’ crucifixion, His death, and His resurrection. They never stopped telling about what happened.

You and I have been called to tell others about Jesus, just like those disciples. We must be a witness for Jesus, too. We must tell the world that Jesus is alive.

God, we serve a risen Saviour. He is alive! Help us to be witnesses of what He has done in our lives. In Jesus’ name, Amen.

Dear Father, help us to have the happiness that you want for us.

In Jesus’ name we pray,

HAVE AN AMAZING SUNDAY FULL OF FUN AND JOY

(The Kids’ Bulletins are a resource for Catholic kids . Theses resources you may find helpful to use as a means of reflecting on the Gospel of the weekend either on your own or in a family setting. Created by our weekend Children’s Liturgy of the Word group, a prayer service for parents to lead their children into a conversation on the Gospel story) 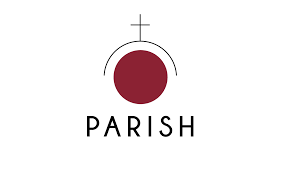 Welcome to the Dublin Diocese Latest News and Information which we hope to keep updated regularly. Click the link below to view 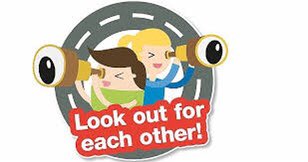 Working Together To Stay Safe.

Due to the present health crisis two Parish volunteer groups have been set up to offer community support to anyone in Kilmacanogue, Enniskerry and its surrounding areas  Volunteers include people from GAA clubs, Community First Responders and Community groups.  Both groups have been in contact with the appropriate agencies and have also registered with Volunteer Ireland. We all want to do our bit to keep our community safe and are willing to:
-Collect and deliver groceries, prescriptions, fuel etc.
-Carry out any emergency maintenance jobs
-Give practical advice
-Be a listening ear if you need a friendly chat
If you or anyone you know is in need of support, or if you would like to offer your help, please contact one of the community co- ordinators below.

If you would like to volunteer for Kilmacanogue ring

If you need assistance yourself or know somebody who does please ring either of the numbers above.

Please find attached a list of some essential support services that have been put in place and others who have increased their capacity at this time, including mental health and domestic violence agencies.

REMEMBER YOU ARE NOT ALONE 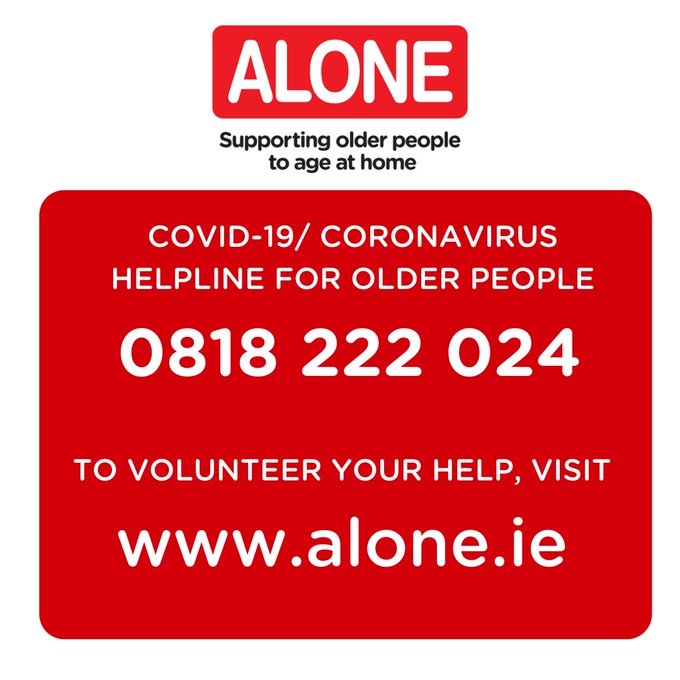 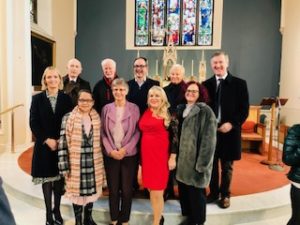 CHRISTMAS LETTER FROM THE PPC CHAIR

Our NEW Parish Pastoral Council Publicly Commissioned and on the way!

The TEN ORDINARY MEMBERS of the new, expanded PPC were publicly commissioned in St. Mary’s Church on Sunday, November 17th and made a THREE YEAR COMMITMENT to provide pastoral leadership to support the spiritual development of the Parish.

The Immaculate Heart of Mary Parish Pastoral Council was set up in early 2005. Since then lay people and clergy have been working together in the parish helping to sustain what is a vibrant and caring community.

A community: where people feel they belong and know God’s own welcome;

and with the hope and joy of the gospel;

where people find their spirits nourished by prayer and liturgy;

where people find the extraordinary love of God

in the ordinary events of their lives;

where people are drawn into using their gifts

for the good of one another.

Parishioners present PLEDGED TO SUPPORT THE NEW COUNCIL through prayer, encouragement and practical engagement.
Please support your PPC. Your engagement is essential for this work going forward.!” 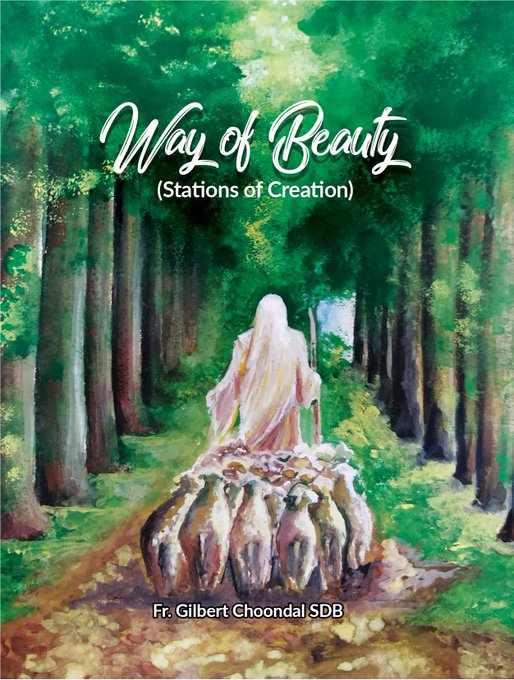 The Way of Beauty or Stations of Creation is a way of walking with the entire Word of God.

These Stations take one from the beginning of Creation to Final Coming of Our Lord with a focus on our Common Home, our Garden Planet.

These 14 Stations take us to experience the agonies and ecstasies of our common home.

Fr. Bernard, Fr.Hyacinth and the Parish Team have have taken advice from the Archdiocese who has issued a COVID 19 Risk Assesment report.
Parishioner safety is our primary concern.
We require a large number of volunteers to assist as follows:
– Stewards for inside and outside the Church;
– Volunteers to disinfect the Church after daily Mass. We will need volunteers to sanitise the Church by hand after each Mass.
– Training, gloves and masks will be provided for this task.
If you wish to volunteer please reply by email to stmarysparishoffice@eircom.net or call 01- 2760030 with your name and contact details.

Due to current best health advice on distancing, those attending Masses will have to be guided to their pre booked allocated spaces. Therefore, we are looking for volunteers to act as stewards/ushers at the daily and weekend Masses

If you are willing to volunteer, please contact the parish office 01- 2760030 or  book the session you wish to attend.

All training will be provided.

Join Together In Prayer

In our hour of trial Jesus calls on us, his people, to serve the common good. We pray especially for all those who are ill, their families, health care workers and officials working to slow the spread of COVID-19.  Pope Francis urges the faithful to pray and fast for a quick and positive resolution of the current pandemic and for compassion and kindness to prevail in the hearts of all as we care for those in need. “If I should walk in the valley of darkness no evil would I fear for you are there Psalms 23:4. 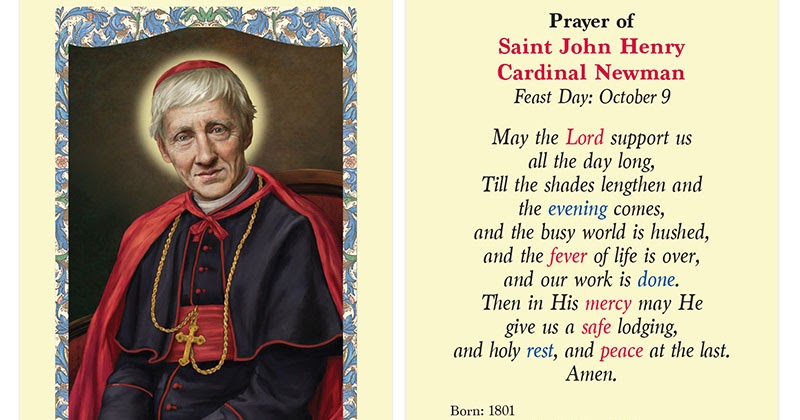 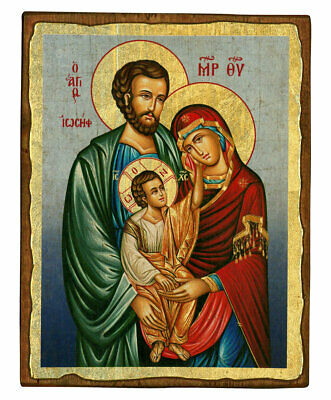 At this time when we cannot gather for Mass, we would encourage you to download and print these prayers for use at home. 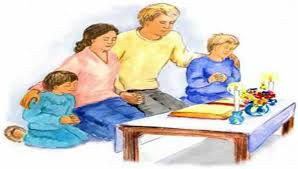 The voice of prayer is never silent

Join Together In Prayer

A prayer-leaflet has been prepared for families and parishioners during these days of social distancing. It is available to download from this link:
Family Prayer Leaflet March 2020and is accessible for parents, godparents, families, parish staff and all who wish to support a neighbour with some texts or resources for prayer.
Even though our churches are quieter at this time, “the voice of prayer is never silent”. Many people are connecting in personal prayer and online webcasts with the Celebration of Mass, Eucharistic Adoration and devotions online, on radio and on TV. 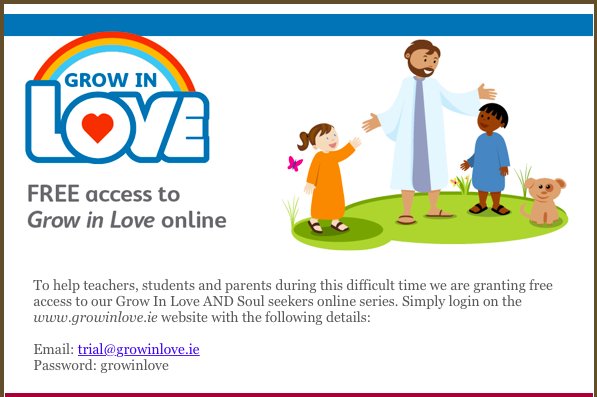 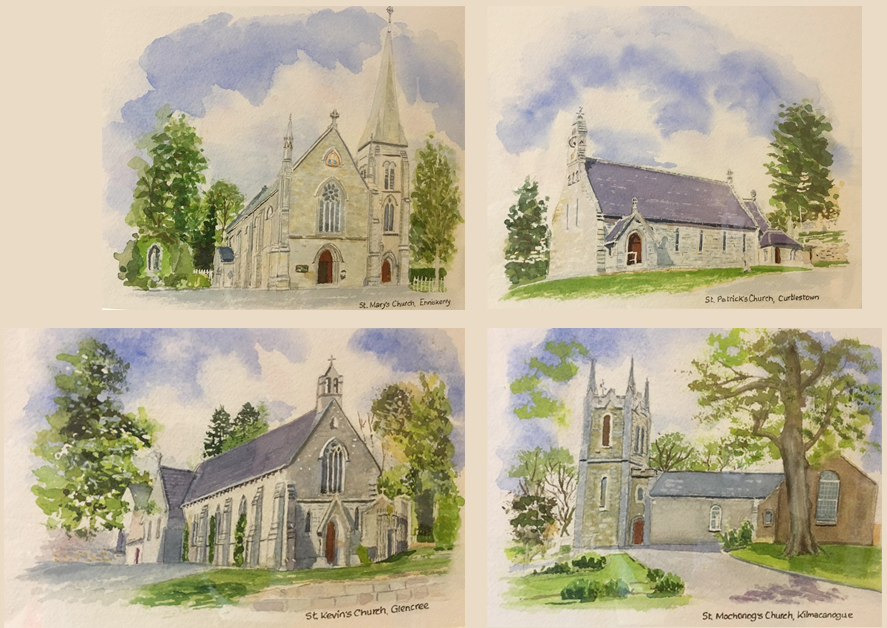 Welcome to our Parish website! Whether you’re just visiting us for a brief time, looking for a new parish home, are returning to the practice of your Catholic faith or are interested in finding out more about the Catholic Church, we’re happy to have you here. We want to make our parish website an interesting and worthwhile location for both parishioners and visitors to keep up to date with what’s happening in our parish. We hope that all parishioners will see it as a useful resource. We welcome your feedback!  In the meantime, please look through the resources we’ve made available on these pages.

In our Parish we are fortunate to be living in very beautiful surroundings and even more blessed to have a good community spirit. Our four Church communities work closely with each other and with our Church of Ireland sisters and brothers and celebrate as much as possible in our common liturgies, where we come to meet and afterwards to talk with each other. This doesn’t happen in many places and it is a real sign of true community – a way of life in which we invite you to take part. 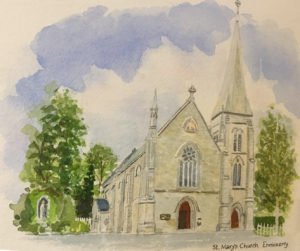 St.Mary’s Church will be open for Private Prayer

Schedule for the Week Ahead

SATURDAY: 10:15am Mass via Parish Webcam

SUNDAY:  10 am  Mass with Fr. Hyacinth via Zoom

The Parish Offices are currently Closed to the Public 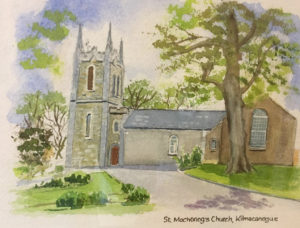 St. Mochonog’s Churches will be open for Private Prayer 11am – 3pm until further notice.

Schedule for the Week Ahead

SUNDAY:  10 am  Mass with Fr. Hyacinth via Zoom

The Parish Offices are currently Closed to the Public 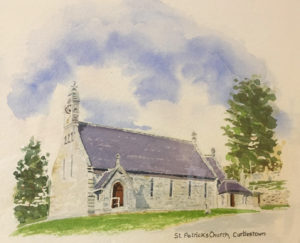 St. Patrick’s Church will be open for Private Prayer on Sundays 10am -12 Noon

Open for Private Prayer only.

Opening times will be Sundays 10am through to 12noon.

Stewards will be in situ in both the car park and within the church.

One individual or bubble can enter the church for private prayer.

People will enter and exit the church through the main door.

Prayer time is limited to ten minutes. A bell will ring them when the ten
minutes have lapsed. 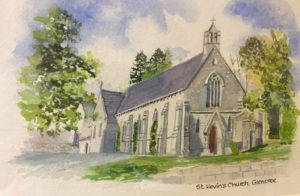 There are no upcoming events.

Thought for the Day

Let us not abandon the simple prayers we learned in our families as children that we preserve in our memories and hearts. They are sure ways to access the Father's heart. #Prayer #GeneralAudience